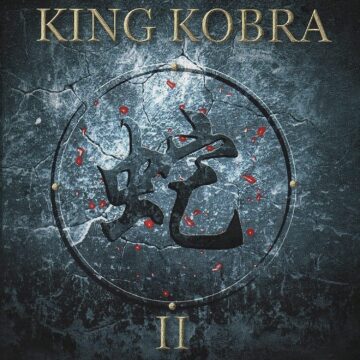 King Kobra‘s last studio album dates back to 2013 when the line-up of Shortino (on lead vocals), Carmine Appice on drums, Johnny Rod on bass, and, Mick Sweda and David Michael-Philips (also known as David Philip Henzerling) on guitars released the album II.

With respect to King Kobra‘s next studio album, Shortino advised: “Well, It’s Carmine‘s band and the deal is signed with Cleopatra. And we’re going to have vinyl. The title of the album is ‘Music Is A Piece of Art.’ The album cover is awesome! There’s a song on there — the title track “Music Is A Piece of Art” — and it’s a great song. I wrote the lyrics to this and music has always been there when no one else was. It’s been my best friend. It’s things like that everybody can relate to, you know. “Music is a piece of art, in your ears, straight to your heart.” It’s not going to be your typical ’80s kind of album. It’s got a little bit of the ’70s vibe to it.”

In terms of who, in addition to Appice and himself, will be playing on the new King Kobra album, Shortino revealed: “[Bassist] Johnny Rod and [guitarist] Robbie Lochner because [guitarist] Mick [Sweda] is tied up with the BulletBoys. And I don’t think that [guitarist] David Henzerling is doing it. I think it’s [guitarist] Rowan Robertson. Yes.” In regard to how Robertson got involved, Shortino stated: “Well, it was Carmine‘s choice on who he picked. He was releasing some other stuff and it looks like Frontiers wanted another King Kobra record.”

King Kobra‘s “Have A Good Time” video (from II album):