Slik Toxik and Famous Underground frontman Nick Walsh was recently interviewed by Metal Sludge. Slik Toxik‘s debut full-length album Doin’ The Nasty, which was originally released back in 1992, has recently become re-released on a digital basis. 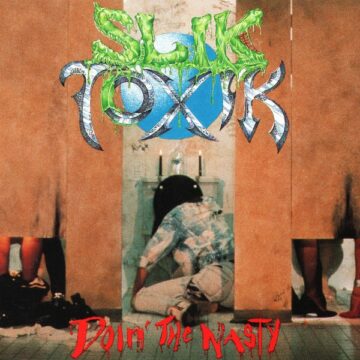 In terms of how Universal ended up reissuing Doin’ The Nasty 30 years later, Walsh indicated: “I had been thinking about this now for a number of years and couldn’t understand why it was not available in the digital world. I had spoken with numerous people who used to work for Capitol/EMI and this led me nowhere. I then reached out to an old industry acquaintance who still has his finger on the pulse, who then hooked me up with someone in the catalog and archival department at Universal. You see, the EMI music catalog was purchased by Universal Music Group in around 2011, so now I had to be introduced to some new people regarding the masters of our two EMI releases. Believe it or not they had no idea it hadn’t been released to the digital world!”

In regards to whether Slik Toxik are still active or even partially active to play the occasional “reunion” gig, Walsh stated: “We have not been active since 1995, when after the last tour I decided to leave the band. I had known with the advent of the grunge and boy band era that it was gonna definitely be an uphill battle for the band, we were under so much pressure at that time that some of our members literally went off the deep end. At 25 years old, I thought that this would be a good time to embark on some new (ad)ventures.”

With respect to how he views the album Doin’ The Nasty 30 years later, Walsh advised (with slight edits): “Well, after not hearing for so long and then finally hearing it on Spotify, I am damn proud of what we accomplished in such a short period of time. I believe that if it had come out when it was actually finished it would have done better. Capitol/EMI sat on the album for a year before it was released, that would have pre-dated certain rock staples like ‘Slave To The Grind’ and “Use Your Illusions 1 & 2′, which I think we could’ve filled a void for the genre before those albums came out.”

You can read the rest of the interview with Nick Walsh at Metal Sludge‘s website.