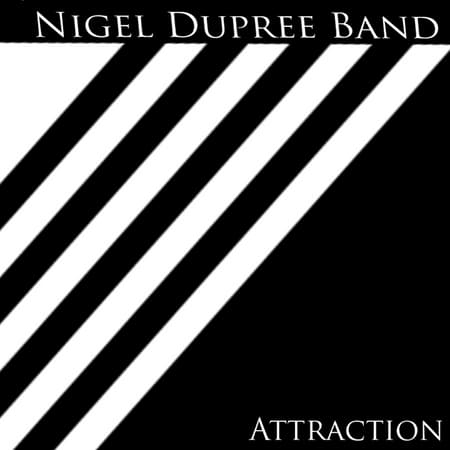 Hailing from Kennesaw, Georgia and comprised of members Nigel Dupree (vocals, guitar), Josh Hilton (bass), and Adam Townsend (drums), the Nigel Dupree Band manages to be a throwback of sorts – musically and visually – to such renowned goliaths as KISS, Def Leppard, AC/DC, and Bon Jovi.And the proof is in the trio’s debut single, “Rock and Roll”, and forthcoming full-length debut, ‘Attraction,’ both of which offer a healthy helping of raw high-energy rock and roll.

“We’re definitely going against the grain,” explains Dupree. “We’re throwing back to the ’80s a little bit, and mixing in our own thing. We have a modern sound and we’re not indulging ourselves as much as some bands with the stereotypical ’80s image.’It’s just where we find our influence, and that’s what we like to stick with.”

The son of Jackyl’s Jesse James Dupree, Nigel and his bandmates keep it straight-ahead throughout ‘Attraction.’ “It just comes from wanting to hear good simplicity in a rock song. So many bands today just overthink what rock n’ roll is. We’re setting out to remind people that rock n’ roll is about having fun and playing some good music.”

With a full tour being booked in support of ‘Attraction,’ fans can expect to witness a pure rock n’ roll spectacle when the Nigel Dupree Band hits the stage. “No matter where we’re playing, in our minds, we’re playing to a sold out Madison Square Garden, because that’s what we want the people watching it to receive. That’s what we base the band on – we put on a great live show, high energy.” And Nigel especially is looking forward to what the future has in store for the band. “Success comes with happiness – success and happiness to me is people enjoying what they do and create artistically. If people are into it and love what we do that is success to me. And that’s exactly where I want to take it.” As evidenced by “Attraction,” the Nigel Dupree Band has certainly taken a mighty loud n’ proud first step.

The confirmed tracklisting for ‘Attraction’ is:
Late Night Girl
Rock And Roll
Sexy Little Thing
Shake It Hot
Love Machine
Darkness Of The Night
Have You Ever
Screaming
Too Hot To Handle
Top That Killer