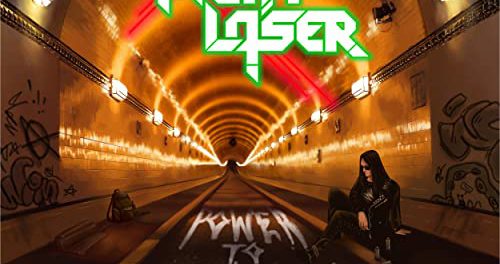 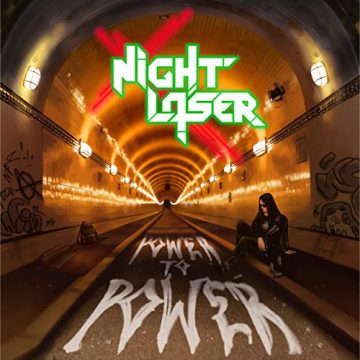 The group’s website indicates (with slight edits): “Night Laser is a heavy glam metal band from Hamburg, Germany. Their trademarks are high-energy stage performances, irrepressible joy in playing and sophisticated songwriting. With their two albums “Fight For The Night” (2014) and “Laserhead” (2017), Night Laser established themselves in the top group of the up-and-coming German metal generation. They enjoy a reputation as an outstanding live band at home and abroad.

This status is backed up by over 175 club shows and festival appearances. Tours in Great Britain have long been on the agenda, not to mention neighboring European countries. With the label Out of Line Music, Night Laser has found a strong partner with whom they will work on a long-term success story. The next chapter of this story will begin on August 28th. The release of the third album “Power To Power” will mark a new highlight in the band’s history. Once more, Night Laser present their best sides and don’t shy away from including their thrash influences on the disc. While Kai Hansen was a guest singer on “Laserhead”, this time, Gerre, a veteran of the Teutonic Thrash scene and known for his leading role in the band “Tankard”, was invited over for a couple of outstanding vocal lines.

The band’s main focus, however, is put on constant live activities. Whether a small bar or a large festival stage, Night Laser are raising the bar on all levels and offer a top-class audiovisual experience. And by the way, the fourth album is already being worked on.”