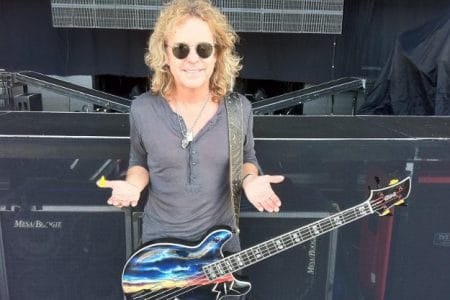 Blades also revealed Night Ranger has concluded work on its forthcoming studio album, “Don’t Let Up.” The album is slated for release sometime in the spring of 2017 to coincide with the band’s 35-year anniversary.

“There’s a lot of interesting stuff on this record,” Blades said. “This is the first studio album that (guitarist) Kerri Kelly has played start to finish with us, and there’s several songs that really jump out to me. Usually at this stage of the game with recording, I’m so sick of the songs and never want to hear them again. But with this album, that’s not the way it is. I don’t know if that’s a good omen or a bad omen (laughs).”

You can read the rest of the interview with Blades at Canton Rep.