New York rockets Nightbreak have released a new single entitled “Cheap Wine” which can be purchased via CD Baby and sampled via the YouTube video below. 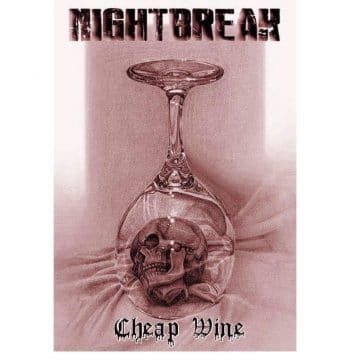 Nightbreak‘s “Story” on their Facebook page states (with slight edits):

“Nightbreak was originally formed in 1991 under the name “Wicked Youth” by founding member lead vocalist/guitarist Todd Verni with family and close friends as teenagers living on Long Island, New York. Still in commercial rock friendly pre grunge take over time period, the band was in harmony stylistically with all of the traditional bands of the 70s and 80s. As the mid 90s approached, the band dismembered all moving forward into forming their own bands with more of an era friendly heavier sound. But as the early 2000s marched in and the sounds of hard edged straight forward rock/metal were long gone from mainstream and taking over the clubs were picked up ashes in the form of tribute bands, Todd decided it’s time to get back to basics and write fresh material for fans of the now deemed “old school” crowd of listeners. Now under a new name “Nightbreak” as of 2005 and a bunch of new songs written as well as keeping a few tunes from the 1991 formation, the original members headed into the studio to record their first self titled LP with producer Dan Malloy. Over ten years later and now starting work on the fourth record with slight member changes, the name continues to grow despite an overflow of internet musicians due to the appreciation of those who yearn for a quality of musicianship vastly overlooked in the today’s mainstream.”