Mötley Crüe have only released one album without Vince Neil as their singer. That self-titled album released back in 1994 continues to seemingly be a “love it” or “hate it” album with some people embracing the album while others finding it does not sound like a Mötley Crüe album. 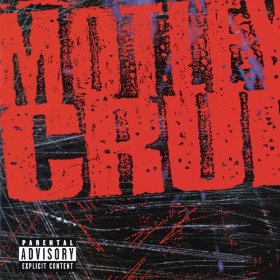 Sleaze Roxx stated the following in its review of Mötley Crüe‘s self-titled album: “Two important points to note right off the bat: 1) Vince Neil is not on this disc and 2) Vince Neil is NOT on this disc. You’ll find the name Mötley Crüe over this release and recognize Tommy Lee, Mick Mars and Nikki Sixx, but that’s about where the idea of “Mötley Crüe” ends.” Sleaze Roxx concluded in its review that: “If you’re looking to fill in your Mötley Crüe back catalog and want to hear more of Vince or tunes like “Smoking In The Boys Room”, I’m pretty comfortable in saying you probably won’t like this CD. If you’re looking for a straight-ahead hard rock, heavy metal recording that just happens to have the musical talents of Mötley Crüe backing a relative unknown, then you will love this disc.”

During an interview with for a cover story in the latest issue of Sweden Rock Magazine, Nikki was asked for his thoughts on the album more than twenty years since its release. He said: “I’ve gotta tell you, I think it was a very unfocused record. It was painful for me, because John Corabi can’t write lyrics, and I had to do all that work. It was the first time I ever had to work with somebody that wanted to participate in the lyrics. And my standard is so high that it was just… It was so hard, it took months… Usually, I write a set of lyrics in an hour. And it’s all about having pent-up information and aggression and just [letting it out]. And it was just hard, because he was… a nice enough guy, but he just didn’t have that fire, and it was hard for me. And I just felt like [producer] Bob Rock really got us… ‘Cause we just really wanted to get the riffs going and stuff, and he captured that. But in general, there’s like… ‘Hooligan’s Holiday”s a good song. ‘Poison Apples’, I think, was a good song. But in general, it felt like a great-sounding record, but a little bit unfocused. That’s just me. Like, the choruses weren’t big enough. But it was just hard.”

Nikki also offered his theory as to why Mars and Lee have both publicly expressed their fondness for the Corabi-fronted album. He said: “I think Mick and Tommy love that record, ’cause it’s [got] great drums, great guitars. And, yeah, I think there was a freedom in having a different singer, you know. But it was just hard for me to have to go slow. I’m just not a good ‘slow’ guy in the studio. I’ve been in sessions with other artists where [someone is working slowly] and I’ve just gotta bail; I’ve just gotta go. It’s, like, you can create on the spot or you can’t create. That’s it with me. I just don’t have patience for that.”

You can read the full article at Blabbermouth.