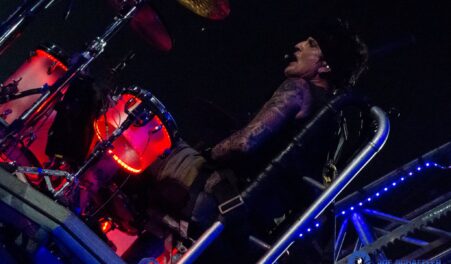 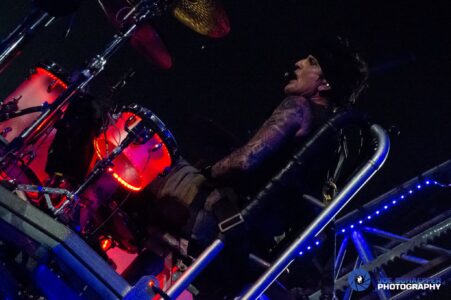 The Stadium Tour featuring Def Leppard, Mötley Crüe, Poison, Joan Jett & The Blackhearts and Classless Act finally got started with its opening night at Truist Park in Atlanta, Georgia, USA on June 16, 2022. It probably wasn’t the ideal start for Mötley Crüe since drummer Tommy Lee apparently broke four ribs about two weeks prior to opening night. Lee toughed it out as long as he could but eventually had to stop playing after about four songs. Ozzy Osbourne drummer Tommy Clufetos was on stand by and took Lee‘s spot at the Atlanta show.

Lee’s bandmate Nikki Sixx took to Twitter to come to the drummer’s defence yesterday as he tweeted:

“The fact that Tommy was told by the doctor to not play with 4 broken ribs & he beasted half our show is a miracle. We are a band and are proud of his strength.He is doing the whole tour and day by day adding more songs. What a fucking animal. Anybody out there ever break ur ribs?”

The Stadium Tour resumes tonight (on June 18, 2022) at the Hard Rock Stadium in Miami, Florida, USA. 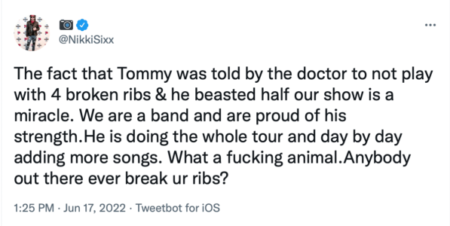