Mötley Crüe bassist Nikki Sixx continues to look back on his band’s early days as he complimented bandmate Mick Mars‘ guitar playing on the unreleased demo track “Nobody Knows What It’s Like To Be Lonely.” 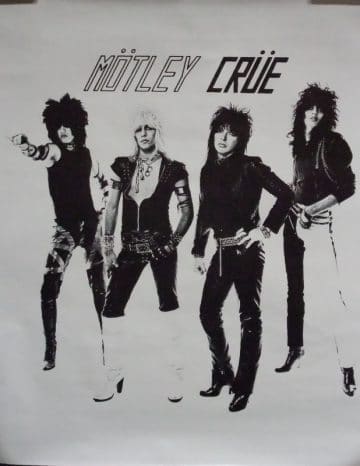 The following was posted on Sixx‘s Facebook page earlier today:

Mikeladano.com states in part the following about the song “Nobody Knows What It’s Like To Be Lonely”: “This is an audio-only track, and also the first-ever official release of one of the earliest Motley songs. To date, the only official release. It was recorded in May 1981 at the same session that yielded Motley’s first single “Toast of the Town” / “Stick To Your Guns”. I believe the song used to be known as “I Got the Power” and was written by Nikki Sixx for his old band, London.”

In an article by Matt Wake for the LA Weekly on December 30, 2015, Mötley Crüe‘s Starwood debut back in 1981 is described as follows: “In The Dirt, Neil recalls the first song Mötley played at their Starwood debut as being “Take Me to the Top,” the dark, shifting rocker that in November 1981 would appear on their debut LP, Too Fast for Love, released on the group’s own Leathür Records imprint. Other songs Mötley played that night included pre–Too Fast single “Stick to Your Guns” and a pair of tunes never issued on a proper album, “Why You’re Killing Yourself?” and “Nobody Knows What It’s Like to Be Lonely.” There were also covers of The Raspberries’ “Tonight” and The Beatles’ “Paperback Writer.” They were an opening act, so their whole set would have lasted only about 30 to 45 minutes.”

Mötley Crüe‘s unreleased song “Nobody Knows What It’s Like To Be Lonely”:

Mötley Crüe – Nobody Know What It’s Like To Be Lonely

First song of the Motley crue