Metal Edge Mag launched this week with an interview with Mötley Crüe‘s one and only bassist Nikki Sixx, who answered questions on a wide range of topics.

Sixx was asked what was the first Sunset Strip band that he loved to which he replied: 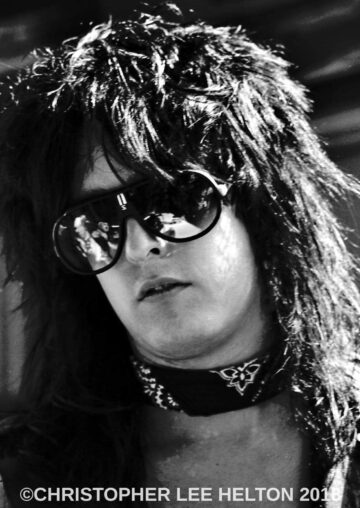 “I really, really loved Quiet Riot. There was also a band called A La Carte that was super-cool. A three-piece. But Quiet Riot were different. They kinda had it right. Kevin DuBrow had a great voice, and of course we don’t need to talk about Randy Rhoads and how influential he was. I used to really enjoy hanging around those guys and seeing them play. It’d be like 200 people in the Starwood, but to me, when I was that young I was just like, ‘They look cool, they sound cool, and they have great songs.’ The songs were important. I have a hard time with music where I can’t really dive into the songwriting. EDM is an example of something that doesn’t really connect to me because there’s not the verse/chorus/post-chorus/explosive guitar solo/outro thing. But whether it’s hip-hop or pop or different kinds of metal, if there’s a great song I’m drawn to it. And Quiet Riot had all those elements.

I’d hang out with Randy at his house, and Randy was such a gifted musician. Whereas I’m a pretty simple Cliff Williams, right-in-the-pocket bass player. And I remember Randy being like, ‘If you like do this and you do that…’ Just showing me a couple things. And at one point they were like, ‘We’re going to change bass players. Would you be interested?’ I was thinking, why am I going to say no to this? This is everything I could ever want. But I kind of had my own ideas, which took a while but eventually happened. And who knows how it would have gone anyway? I would’ve joined Quiet Riot, Randy would’ve left and god knows if I would’ve gone continued with them or not. And maybe Mötley Crüe would’ve never happened.”

You can read the rest of the interview with Nikki Sixx at Metal Edge Mag‘s website.