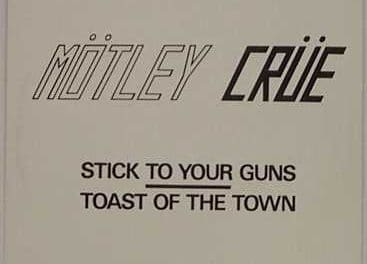 Mötley Crüe bassist and founder Nikki Sixx posted a message on Facebook today about his thoughts on re-recording one of the band’s songs: 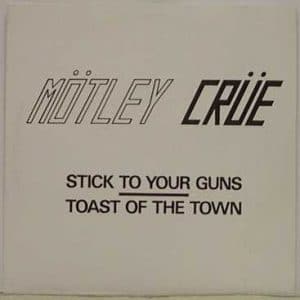 Wikipedia states the following about the iconic group’s beginnings (with slight edits):

“Mötley Crüe was formed on January 17, 1981 when bassist Nikki Sixx left the band London and began rehearsing with drummer Tommy Lee and vocalist/guitarist Greg Leon. Lee had worked previously with Leon in a band called Suite 19 and the trio practiced together for some time with Leon eventually deciding not to continue. Sixx and Lee then began a search for new members and soon met guitarist Bob Deal, better known as Mick Mars, after answering an advertisement that Mars placed inside The Recycler that read: “Loud, rude and aggressive guitar player available”. Mars auditioned for Sixx and Lee and was subsequently hired. Although a lead vocalist named O’Dean was auditioned, Lee had known Vince Neil from their high school days at Charter Oak High School in Covina, California and the two had performed in different bands on the garage band circuit. Upon seeing Neil perform with the band Rock Candy at the Starwood in West Hollywood, Mars suggested they have him join the band by stating, “I don’t care if he can sing. I don’t care if he can do anything. The way he had that crowd going…THAT’S the guy we need.” At first Neil refused the offer, but as the other members of Rock Candy became involved in outside projects, Neil grew anxious to try something else. When Lee made one final appeal to audition, Neil accepted and was hired April 1, 1981.

The newly formed band did not yet have a name. Sixx had said that he told the other bandmates that he was “thinking about calling the band Christmas.” The other members were not very receptive to the idea. Then while trying to find a suitable name, Mars remembered an incident which occurred when he was playing with a band called White Horse, when one of the other band members called the group “a motley looking crew.” He had remembered the phrase and later copied it down as Mottley Cru. After modifying the spelling slightly, “Mötley Crüe” was eventually selected as the band’s name, with the stylistic decision suggested by Neil to add the two sets of metal umlauts supposedly inspired by the German beer Löwenbräu, which the members were drinking at the time. Other than the periods of February 1992 to 1997 and 1999 to September 2004, the line-up of Neil, Sixx, Lee, and Mars has remained the same.

The band soon met their first manager, Allan Coffman, the thirty-eight-year-old brother-in-law of a friend of Mars‘ driver. The band’s first release was the single “Stick to Your Guns/Toast of the Town”, which was released on their own record label, Leathür Records, which had a pressing and distribution deal with Greenworld Distribution in Torrance, California.”