Nikki Stringfield to release debut EP ‘Harmonies For The Haunted’ on Oct. 30th 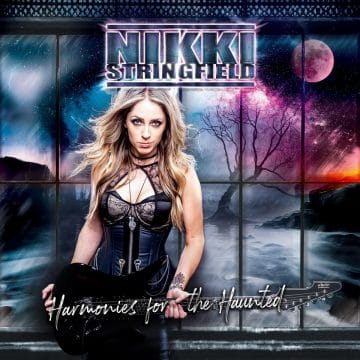 The Iron Maidens and former Femme Fatale guitarist Nikki Stringfield will be releasing her debut EP Harmonies For The Haunted on October 30, 2019.

Back in August 2019, Stringfield was interviewed by Mick Michaels for The Cosmick View where she spoke about her upcoming debut EP: “It is done! It’s called “Harmonies for the Haunted” and has 5 songs… each song is a little different from the other. I really tried to focus more on song writing than anything. Some songs are more vocally driven and others are more focused on guitar. I played every instrument except for the drums; Jesse Billson handled the drums and produced/engineered the entire album. He really made it sound awesome and I couldn’t have done it without him! Patrick Kennison of Heaven Below/Lita Ford helped record and produce my vocals…he really helped take things to the next level! I’ve poured my heart and soul into this over the past year so I’m excited to finally release it!”

You can read the rest of the interview with Nikki Stringfield at The Cosmick View‘s website and you can pre-order the guitarist’s new EP Harmonies For The Haunted via  a limited edition perch bundle via Big Cartel.