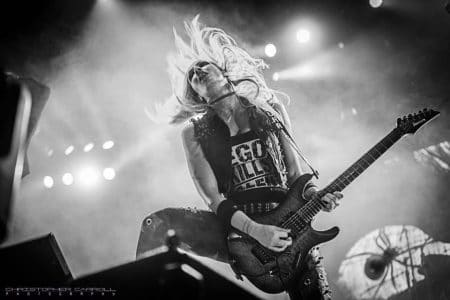 If you would have asked anyone who knew me before if someday I’d be celebrating 5 years of sobriety, they would have laughed (and maybe spilled a drink on you in the process.)⁣

I thought I needed a drink for just about everything. To be confident on stage. To be social after shows. To celebrate. To mourn. To take the edge off frustration or the sting out of a bad day. To relax and laugh at lunch with girlfriends, or watch football with the guys on Sundays.⁣

I was terrified that my life was going to change, that without alcohol I wouldn’t be ME anymore, that I would lose my circle of friends, and my onstage charisma, and become someone else.⁣

ALL those things happened… but not in the way I thought they would.⁣

Change came first in my relationship, in the form of less fighting and drama, and more productivity, peace and love. Thank you Josh Villalta for being the catalyst to the best thing I ever did for myself. I love you.⁣

The ME that I was before would have stayed up until 6 am at the bar or in the bus front lounge. The ME that I became would rather get up at 6 and get to the gym before starting the day.⁣

My busy circle of friends was almost immediately reduced to a core 3. I’ve learned that when it comes to friendships, quality is ALWAYS better than quantity. If your friends have no interest in spending time with you after you make a change for the better, they weren’t your real friends.⁣

My first show without alcohol was in front of 15,000 people. I felt like a scarecrow someone had propped up on stage to scare birds. Nothing felt natural. I was going through the motions, with this absurd idea running through my head “everyone is looking at me. Everyone knows.”⁣

I went out by the bus to talk to fans afterward, and do you know what they said? “Wow you were so great! Where do you get all that energy? You add so much to Alice’s band!”⁣

ALL of that insecurity, ALL the fears, ALL the doubt was in my head. Those are your demons that make you think you need them.⁣

I’m content to sit at the bar, order a soda water with lime and watch the game now. I wouldn’t trade back to my old life for anything.⁣” 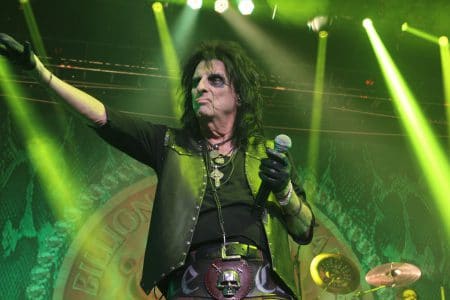 Ironically, Strauss has been one of the guitarists in Alice Cooper‘s band since 2014. The long-time shock rocker has had his own well publicized battle with illicit substances but has been sober since the mid-’80s.

“Cooper‘s albums from the beginning of the 1980s have been referred to by Cooper as his “blackout albums” because he cannot remember recording them, owing to the influence of illicit substances. Flush The Fashion, Special Forces, Zipper Catches Skin and DaDa saw a gradual commercial decline, with the last two not denting the Billboard Top 200. Flush The Fashion, produced by Queen producer Roy Thomas Baker, had a thick, edgy new wave musical sound that baffled even longtime fans, though it still yielded the US Top 40 hit “Clones (We’re All).” Special Forces featured a more aggressive but consistent new wave style, and included a new version of “Generation Landslide”. His tour for Special Forces marked Cooper‘s last time on the road for nearly five years; it was not until 1986, for Constrictor, that he toured again. 1982’s Zipper Catches Skin was a more pop punk-oriented recording, containing many quirky high-energy guitar-driven songs along with his most unusual collection of subject matters for lyrics. 1983 marked the return collaboration of producer Bob Ezrin and guitarist Dick Wagner for the haunting epic DaDa, the final album in his Warner Bros. contract.

In mid-1983, after the recording of DaDa, Cooper was hospitalized for alcoholism again, and cirrhosis of the liver. Cooper was finally stable and sober (and has remained sober since that time) by the time DaDa and The Nightmare home video (of his 1975 TV Special) were released in the fall of that year; however, both releases performed below expectations. Even with The Nightmare scoring a nomination for 1984’s Grammy Award for Best Long Form Music Video (he lost to Duran Duran), it was not enough for Warner Bros. to keep Cooper on their books. By February 1984, Cooper became a “free agent” for the first time in his career.”