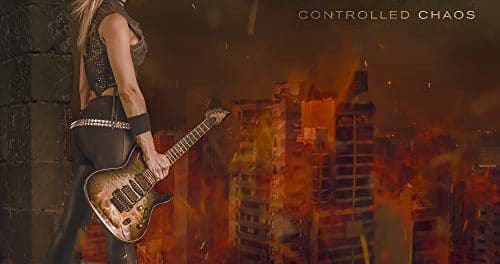 Alice Cooper and former The Iron Maidens and Femme Fatale guitarist Nita Strauss was recently interviewed by Shanda Golden for In The Vault with Shanda Golden and spoke about her decision to release her instrumental solo album Controlled Chaos earlier this year. 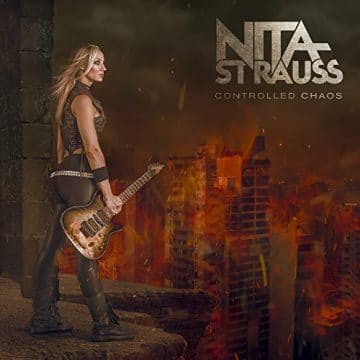 Strauss stated (as transcribed by In The Vault with Shanda Golden with slight edits): “I’ve been wanting to so long forever like you know all my heroes are instrumental guitar players you know by [Joe] Satriani, even the ones like Marty Friedman that are sort of better known for being in bands. You know, Marty Friedman being in Megadeth and even Yngwie [Malmsteen], you know being in Alcatrazz and stuff having bands. They’re primarily known as solo artists and I’ve always wanted to, you know, dip my toe into this world and be a part of it but I never thought I was writing, I never thought that I was good enough. And then finally I came to this realization that you’re never ready. You’re never good enough and if you just wait your whole life, it might be kind of like having kids. I think if you just wait your entire life really. I’m not financially stable. I’m not emotionally ready. I’m not, you know, like if you wait your entire life for the perfect circumstance, it might never happen. So at a certain point, it’s like you know, Alice was doing the summer tour with the Hollywood Vampires and I said, ‘This is my opportunity.’ I have this four month gift which I’m normally not home for four months at a time. I said ‘I have this gift. I’m gonna take it and that’s what we did.'”

In the Vault with Shanda Golden NITA STRAUSS