Nite release new song “Best Of Me” for streaming

Finnish rockers Nite have released a new song entitled “Best Of Me” for streaming. 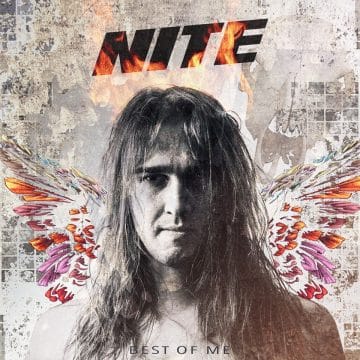 Nite‘s Bio on their Facebook page states (with slight edits):

“Nite is a Finnish hard rock band formed in Helsinki in 2013. The backbone of Nite‘s music are rock solid “biker style” guitar riffs combined with big and hooky choruses. Nite‘s musical genre can be best described as a mixture of 80’s great albums by Scorpions, Judas Priest and Dio with a sip of Def Leppard, Manowar and AC/DC – leaning perhaps more towards hard rock than heavy metal.

Nite was founded by three hard rock loving friends; Peku on lead vocals and guitar, Kimmo on lead guitar and backing vocals, and Julle on bass and backing vocals. The drummer, Timka, joined Nite in Jan 2014. By a chance, he first heard Nite on a small club corner gig with backing track drums and later on noticed the open drummer position ad.

The original bassist Julle left the group in September 2015 and the lead singer Peku took over the bass playing duties as well.

“Best Of Me” by NITE

You’re a fire, burning my heartYou pull me down to the hardcore heavenYou roll the dice and tease me play alongYou’re a feeling, burning like hellIt makes me…