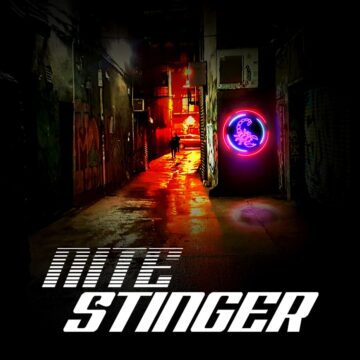 “Founded in 2020 by Bento Mello and Bruno Marx, ex-Tales From The Porn bassist and guitarist, Nite Stinger brings back that 80’s hard rock vibe and sound inspired by bands such as Mötley Crüe, Skid Row, Poison and Def Leppard. The band will have their first self-titled album released in October. With Jack Fahrer on lead vocals, Roger Benet on guitar and Ivan Busic (from Dr. Sin) on drums, the band praises the nightlife through its songs. The debut video of the first single “Gimme Some Good Lovin'” is being released on August 20th simultaneously with the song in all digital platforms. The album will be distributed in physical format in Brazil through Animal Records and in Europe through Steelheart Records. Canil Records will release it in digital format.”