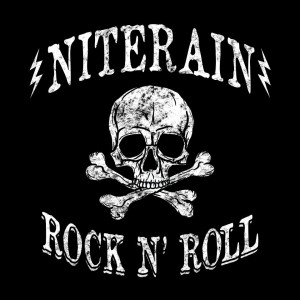 Sebastian Tvedtnæs, explained why the sleaze rockers made the decision to release one single with a video at this juncture: “Since our release of Crossfire in 2013, we’ve been touring constantly and been busy writing new music to the next album, while on the road! So this single is a kickstart, a boom and a bang to the new album. We shot the video in Los Angeles, Hollywood this summer because we did a couple of shows at The Whisky A Go Go. The fans, the NiteRain fans, the rock n’ roll fans deserve new music and videos! Coming in hot! You’re welcome!”

Tvedtnæs commented to Sleaze Roxx on the idea behind the “Rock N’ Roll” video: “We pretty much explore the Los Angeles area. You see us driving around in Central South to Beverly Hills, West Hollywood and Venice Beach. Our type of rock is in the bag of sleaze, glam, street and classic — you can choose. To some, L.A is the place where that music born or at least perfected. So, we’re kind of taking you for a wild ride in the City of Angels! It’s more of a fun video, with a clear statement and message when you listen to the chorus. It doesn’t get any clearer than that. We love to make these movies, and are already in the making of another one. But lets concentrate on “Rock N’ Roll” now [laughs].

With respect to when we can expect a new album from NiteRain, Tvedtnæs stated: “The new album Vendetta will be out [in] February 2016. Four months to go! At the moment, we are working with the layouts, designs, pictures, etc. — the non musical work. We finished recording the music itself in August [2015]. We’re happy with the production and honestly can’t wait to put it out. 2016 is gonna be a good year for rock n’ roll baby! Can’t wait!”