Norwegian rockers NiteRain will be releasing their sophomore album Vendetta on November 4, 2016. 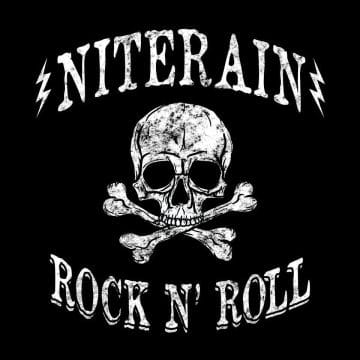 Speaking to Sleaze Roxx, NiteRain advised “In a world where rock albums sound more like pop and boy bands, we are taking it the opposite direction!”

The band has some pressure on them as their 2014 album Crossfire was very well received globally and took the band from obscurity to being a household name in Europe and playing Rocklahoma.

Sleaze Roxx stated the following in its review of NiteRain‘s Crossfire:

“There is certainly no shortage of quality hard rock and heavy metal bands hailing from Europe, but some acts shine more than others, and NiteRain is among the cream that rises to the top.

NiteRain is a Norwegian outfit who really nailed it on their debut effort Crossfire. Sounding much more mature than a debut album, Crossfire boasts a polished sound alongside clever lyrics and song structures that demand a place in the current hard rock scene. The album also showcases monster riffs, infectious hooks, and strong melodies delivered with the confidence of an experienced band. NiteRain‘s brand of hard rock certainly has it’s influences — in the form of 80’s hard/melodic rock from the likes of Motley Crue and Van Halen….

Crossfire is a well put together album fitting of loud parties, faster cars and boisterous times — give it a listen and savor the joys of trashy, unapologetically decadent fun. If you become addicted to Crossfire, then consider NiteRain to be your dealer.”