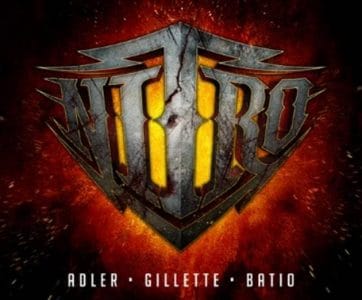 “I’m not sure who keeps giving my phone number to the most talented musicians on the planet but, I couldn’t be more thrilled! I used to wonder what a metal band would sound like with all the cheat codes unlocked and well, I don’t wonder about that anymore. I’m blown away by the modern sound and groove in the material. The chaos has been harnessed and it’s incredibly heavy.” Adler said.

States Batio: “I can’t wait to get onstage with these guys! Inspirational is an understatement.”

“I’m honored to be surrounded by such insanely talented musicians. I mean, Michael and Chris are the best of the best. So yeah, it’s very exciting, humbling and even a little intimidating. To be honest, I’m less intimidated when I get in the ring with a 300-pound monster that wants to tear my head off!” added Gillette.

Nitro is currently writing and is scheduled to start recording next month with Grammy-winning producer, Josh Wilbur (Lamb of God, Avenged Sevenfold, Korn, Megadeth, Hatebreed and many more). An anticipated release is Spring of 2017 with a world tour to follow.” 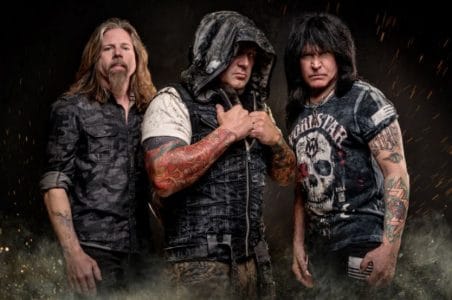 “Jim Gillette began singing as a teen, having been exposed to heavy metal through a local skating rink. His goal was to have a higher range than Rob Halford. He went through extensive opera training and developed his own method. Jim Gillette started his career in Phoenix, Arizona with a band called Slut. He sang on their demo tape entitled “Perversion for a Price“. Jim heard about a band called Tuff that needed a singer, so he immediately auditioned and then joined the band. Tuff released two demos, “Knock Yourself Out“, and “J’lamour Demo“. It was during this time that he also dabbled at guitar, keyboard, harmonica, and various percussion instruments, though he never pursued them seriously, rather working on improving his singing.

Jim left Tuff to go to Hollywood. At a beach party, he met guitar virtuoso Michael Angelo Batio and they soon formed the band Nitro. Jim and Michael recorded Proud To Be Loud in 1987. Nitro‘s first live show led to their record deal with Rhino Records.

In 2001, Jim formed Organ Donor with Chris Campise, James Johnson, and Jesse Mendez. Their first album, The Ultra-Violent, which featured Jim Gillette on vocals with guest appearances by Lita Ford, who was his wife at the time, guitarist Michael Angelo, and David Ezrin. Following the release of The Ultra-Violent in 2001, Jim Gillette left the band. Chris Campise took over on vocals and the band recorded Better Off Dead in 2003. The band continues on as a three-piece.

In 2009, Jim appeared as a back-up vocalist and producer on Lita Ford‘s new album, Wicked Wonderland.”