NitroVille release video for new single “No Game of Chance” 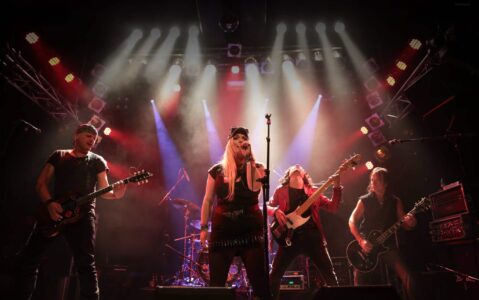 UK’s NitroVille have just dropped a video for their first single “No Game of Chance” from the band’s forthcoming third album, Ten Chapters. No release date for the album has been finalized as of today.

According to an email from the band:

“The song has been a live number for quite some time, but has never been released until now. It was written on acoustic guitar whilst touring acoustically. It was later arranged as a studio and electric live number. The acoustic roots are still traceable in the song’s bluegrass element.

Official Music Video for “No Game of Chance” by NitroVilleAVAILABLE ON ALL MAJOR DOWNLOAD AND STREAMING CHANNELSFOLLOW #NitroVille OFFICIAL WEBSITE http://ww…