Norway based glam/sleaze rockers Wildnite have released their debut video for their song “Tear N’ Fire.” The group lists its influences as “everything from the ’80s.” 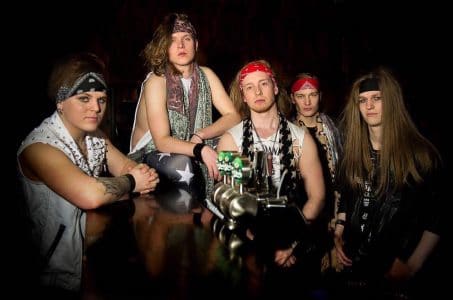 Wildnite are scheduled to play the All Is One Rock Weekend Festival (see poster below) at the Hard Rock Cafe Oslo in Oslo, Norway from April 28 to 30, 2017 which will feature amongst others many bands and artists featured on Sleaze Roxx including Mike Tramp (& band of brothers), Liv Sin, Toxic Rose, Sister and The Cruel Intentions.

Wildnite playing “Into The Fire” live at Rockefeller Music Hall in Oslo, Norway in 2015:

Wildnite – Into Your Eyes, Live @ Rockefeller 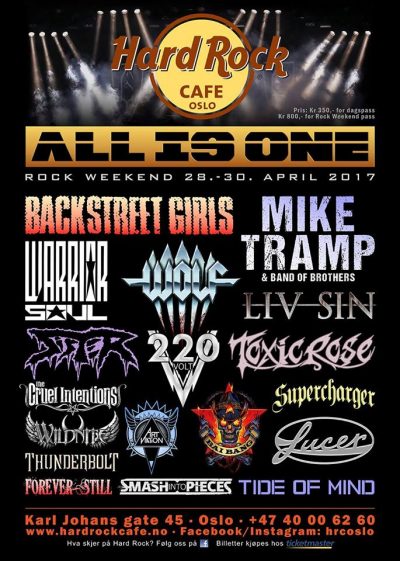