New Wave of British Heavy Metal rockers Millennium will start recording a new studio album next week and this will be the first time in 28 years that they record new material. Back in February 2016, Millennium released via No Remorse Records an album entitled Caught In A Warzone, which consisted of songs recorded over three different sessions way back in 1985. 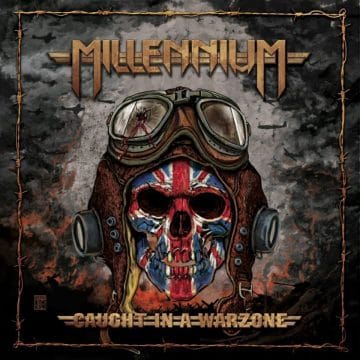 “Millennium was formed in 1982 by Mark Duffy and Pete McArdle along with Steve Mennell, Dave Merrington and Dave Price. The band first appeared on the Guardian records compilation album “Pure Overkill” released in 1983 the album had tracks by Millennium, Spartan Warrior, Tokyo Rose, Incubus and Risk.

Millennium released their debut album in 1984 to critical acclaim. Soon after Dave Merrington left the band and was replaced by Mike Muskett. Dave Hardy replaced Pete McArdle in 1986. The band released a number of demos between 1985 to 1988 again receiving great reviews in magazines and fanzines but the band didn’t secure another record deal and called it a day in 1988.

We are pleased to announce the return of NWOBHM band Millennium and after 27 years the band will be playing a reunion show at Brofest UK in February 2016. Millennium released their debut album in 1984 on Guardian Records to much critical acclaim from Rock and Metal magazines and fanzines throughout the world. 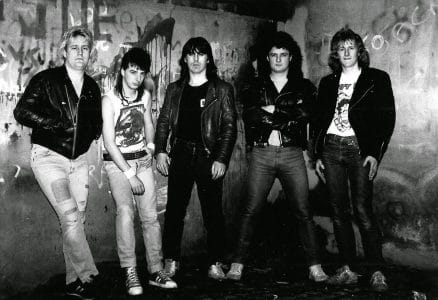 Over the last number of years there has been increased interest in the NWOBHM scene resulting in No Remorse records re-releasing the Millennium debut album with 8 bonus tracks in June 2014.

No Remorse records will also be releasing another Millennium album of recordings made between 1985 – 1986 due for release in early 2016.

Millennium are busy rehearsing and writing new material for an album which will also be released in 2016. Further live dates will follow the appearance at Brofest UK. Keep on Metal!”

“HAPPY NEW YEAR TO YOU ALL ! … the new year will see MILLENNIUM start recording our new album next week with Paul Madden at the controls. This will be the first time in 28 years that we will be recording new material and we can’t wait. We’ll keep you posted with any developments while we are in the studio ! KEEP ON METAL !”

Millennium‘s “The Devil Rides Out” song: