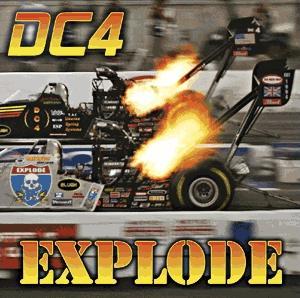 ARMORED SAINT/FATES WARNING bass player Joey Vera, fresh off his work on the new SEVEN WITCHES album, was at the helm for both the recording and mixing sessions for the album. The band is now taking advance orders and have priced the CD at $8.00, which includes free shipping in the USA. The special pricing is for advance orders only.

In further news, DC4 has scheduled a few shows over the next several weeks, including a gig at the Eagle Rock Festival in Eagle Rock, CA on October 6. 2007. Admission to that event is free, so be sure to check it out.

To hear some of the songs from the new album, arrange for your pre-order and to get info on upcoming shows, visit the official DC4 Myspace page at: DC4 Myspace.