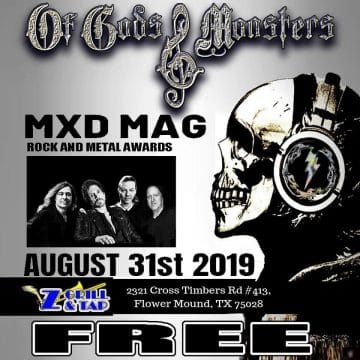 Gaines was announced as the bassist for the group back in November 2017.

The following message was posted on Of Gods & Monsters‘ Facebook page earlier today (with slight edits):

“BREAKING NEWS!!!!! Our official debut performance and it’s FREE!!!!! We thought Deen Castronovo (Dead Daisies, Revolution Saints and formerly of Journey) wasn’t gonna get to be a part due to prior commitments, BUT we got it all worked out. Don’t miss Deen, Tim Gaines (formerly of Stryper), Joey Tafolla (Jag Panzer and formerly of Graham Bonnet Band) and Kevin Goocher (formerly of Omen and Phantom – X) up close and personal for their very first performance ever!!!!”