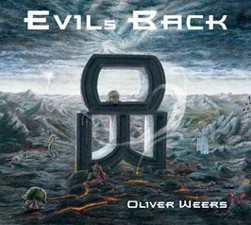 Oliver Weers stormed into Danish consciousness in 2007 with his emphatic performances during the auditions of the biggest talent show in the world, The X-Factor. His popularity amongst the Danish population sky rocketed with his legendary performance in the final, singing Queen’s classic “The Show Must Go On”.

One success led to another. Being a household name in Denmark his debut album was hotly anticipated by the press, and in early 2008 fans were rewarded with the fantastic “Get Ready”. Released by Target Records “Get Ready” proved apt advice for the tour de force of Oliver’s powerful vocals and the album’s impressive musical line-up. Not many debuts can boast performances with producer/musicians like Soren Andersen (Mike Tramp/Artillery), drummer Tommy Aldridge (Ozzy Osbourne/Whitesnake) and bassist Marco Mendoza (Whitesnake/ Thin Lizzy). By September 2008 the album was set for international release in the rest of Europe and Japan.

In the following years Oliver has established himself as one of the leading hard rock artists in Scandinavia. Through impressive live performances at some of the biggest festivals in Denmark and support slots for giants such as Motley Crue and Whitesnake his fan base is rapidly growing.

For “Evil’s Back” Oliver has collaborated with an international and mixed generation team of artists; with young and vibrant Anders Borre and Anders Bo, from Denmark, and talented guitarist Laki Ragazas, from Greece. This is a team for great composing and song writing, completed by Kristian Thomsen who has mixed the album.

More information on the band can be found at www.myspace.com/oliverweersband and www.metalheaven.net.