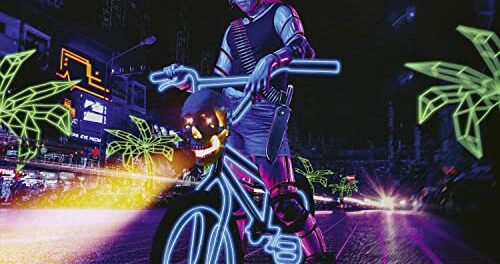 Mzorowska asked Herman what was the inspiration for Reckless Love‘s upcoming album and whether the analogy to when Judas Priest reinvented themselves with the guitar synthesizer influenced Turbo was accurate in this case. Herman replied: 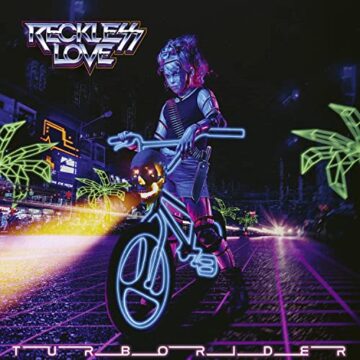 “I’d say it’s accurate. We went on a break for a reason in 2018 and we always knew we had to be reborn to make it back. The feeling just kept intensifying the longer the break took. We’re not a band like AC/DC that keeps releasing the same song over and over again. Don’t get me wrong, I think they’re brilliant. We’re just not the same. We need to evolve to stay alive. I actually don’t think we can make two albums that would sound the same. We’re too curious and too eager to improve our sound and we just downright want to keep things exciting for us and the listeners. Once we came up with the idea how the new album would have to sound, it was time to get back to work. I discovered the genre of synthwave way back when I first saw a movie called The Drive with Ryan Gosling in it. The soundtrack was full of some synth gems of the time and I immediately saw the connection between that type of music and the crazy Hair metal sounds of the late ‘80s. The likes of Van Halen’s 5150, DLR’s Skyscraper, Judas Priest’s Turbo, Def Leppard’s Hysteria and ZZ Top’s Eliminator and Afterburner came to mind like lightning.

I started to play around with the idea of introducing that type of sound more into Reckless Love. I say more, since we had toyed with those type of sounds already on the debut album. There’s a track called “Back To Paradise”, which was always a live favorite, and still is the best streaming song from that first record. There are these type of synth-driven songs on every record of ours. On the last one, InVader, we had “Child Of The Sun” and “Scandinavian Girls”. I introduced the idea to go all out on synths and electric drums to Pepe and he got very inspired by the idea. When we decided to ask Joonas Parkkonen to produce the record, the deal was sealed and we set out to make an album that would amplify all of our crazy late ‘80s influences up to eleven and that would combine some of the awesome modern day synthwave elements with it. The writing process was very intense, fast and felt very natural. It was like this style had already been there in our DNA, waiting to break out.”

Herman was asked how he would describe Turborider as a whole to which he indicated: “It is not just a collection of tracks we happened to think of writing in the studio. The album has a concept and we worked extremely determined to get the full picture to work as a whole. It’s definitely a bigger piece of art you need to listen to from the beginning until the end to get the best experience. The full album is done in the same style and the sounds take you to an ultimate escape kind of journey to the core of the neon-coloured ‘80s-inspired cyberreality that we live in at the moment. Yes, we as Reckless Love. We’ve taken the ‘80s influences and turned them into a dystopian future for ourselves. The old ways are dead and this is the rejuvenated, reimagined and recharged turbo version of the band reborn from the purple ashes on the hot pink grid backstreet. The record has a couple of tracks that are way darker than what we’re done before, lyrically speaking. The overall speed and the tempo of the whole album is higher than we’ve ever done before. A couple of tracks are more metal than before. One is a laid-back, stormy beach paradise tune with a funky groove. The sounds and stories behind the lyrics are multilayered beyond anything we’ve ever done. Turborider is relentless. More electric than before, just like the chorus of the title track says. We reach for new heights musically, conceptually, lyrically and visually.”

You can read the rest of the interview with Olli Herman at Hard Rock Haven‘s website.