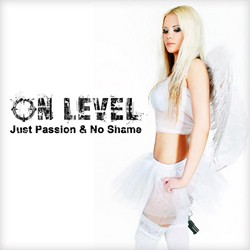 Ukraine based rockers On Level have released their debut album ‘Just Passion & No Shame’, and are offering listeners a free preview at www.facebook.com/OnLevel and www.reverbnation.com/onlevel.

On Level are a young band from Kharkov, Ukraine who started playing in 2008 with influences ranging from Motley Crue, Guns N’ Roses, W.A.S.P, and Cinderella. The band is all about girls, drugs, alcohol, parties and riots, and quickly changed their sound to the modern European influence of groups such as Hardcore Superstar, Crashdiet, Vains Of Jenna, Sister Sin, Dustineyes, Dirty Penny and Distorted Wonderland.

Reagrding ‘Just Passion & No Shame’ the band tells SleazeRoxx.com, “It’s been a long road with making and choosing the material. We gathered the best people around us to make this album and the whole band look cool, both visually and musically. We’ve been hangin’ out at the studio for several months, crafting every detail of this album, so now we can be sure we’ve done our best! The album offers a hard coctail of 80’s music and modern glam/sleaze. We made our own sound that involves the modern scene’s tendencies, but there’s no effort to repeat something that was already done by the guys from 80’s. It’s a modern rock ‘n’ roll sound as we feel it. Check it out and rock with us!”