Once Around release video for track “Ghost”

Los Angeles, California, USA based “industrial” hard rock band Once Around have released a video for their song “Ghost” from their upcoming EP Leaving Home, which will be released via Born To Be Records on April 6, 2018. 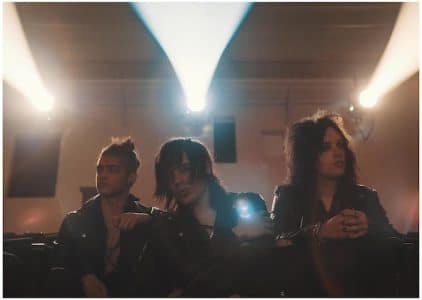 Born To Be Music Management‘s press release states in part (with slight edits):

“”Ghost” is the new single currently impacting rock radio from Los Angeles, CA based industrial hard rock act Once Around. “Ghost” comes from the bands new six song EP “Leaving Home” which will be released on April 6. Handling production duties is Kile Odell who has also worked such notable acts as: Motionless In White, Letters From The Fire, Failure Anthem, and Cane Hill. Once Around consist of lead singer Sebastian Sikk, guitarist Wrath, drummer Chase, and touring bassist Kendall.

Once Around lead singer and song lyricist Sebastian Sikk explains the meaning behind “Ghost”: “There comes a time in everybody’s life when you question who you really are, what you will become, who you are meant to be. The constant headaches, setbacks, haters, and non-believers. The blood, sweat, and tears from this never ending grind as you reach towards your ultimate goal. That feeling when you finally get there, look at yourself in the mirror, and smile for the first time. No longer a ghost to the world. The dream lives on and truth continues to conquer.”

… Once Around will be on a spring US tour in support of the new EP and “Ghost” single that will run April 5th through May 5th.”

Once Around – Ghost (Official Video)

Once Around performing the first single, “Ghost” taken from the upcoming EP “Leaving Home” out 4.6.18.LYRICSAm I above, flying high who am I Am I enough, to …