Inglorious lead vocalist and band leader Nathan James was recently interviewed by Stalker Magazine and was asked how he found out about the departures of guitarists Drew Lowe and Andreas Eriksson and bassist Colin Parkinson from the band in October 2018. 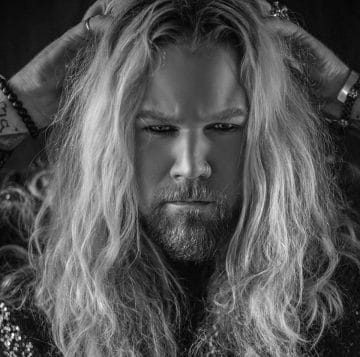 James advised: “It was done via email by one and the rest were contacted after. I was gutted, I’m not a robot. I felt betrayed that they had been planning it and I was also confused because we are doing so well and just made a great 3rd album. To throw 5 years work away, it’s a shame. Although we are still going strong and the new line up have proved that.”

In December 2018, a YouTube video was released with James ranting and seemingly lashing out at his former bandmate Colin Parkinson who had opened up about why he left the band in an interview posted by Sleaze Roxx about a day earlier. After receiving a lot of public backlash and a few days later, James publicly apologized for the video without addressing his comments towards his former bandmates.

It was mentioned how difficult that must have been for James and whether he might stop being so publicly open to which he replied (with slight edit): “Of course it’s hard. One thing I really struggle with is that rock fans, especially in the UK, are always wanting to jump down people’s throats if they make one bad move or mistake. I don’t know anyone who hasn’t made a mistake… The rock world is always crying out for talent and we are constantly having to fight the entire “rock is dead” brigade of ageing rockstars and music execs. My band came along and made a stir in the UK rock scene and people should be supportive of good new music and also characters that people are complaining the rock world is missing. Celebrate hard work and skill instead of mediocrity. If this had happened throughout our journey, maybe 3 members wouldn’t have left.

We ALL worked hard and sacrificed a lot. The pressure of being in a new band is unbelievable and sometimes it’s too much when you don’t feel like you are getting the support you deserve. From the press, “fans”, radio, other bands. In regards to the comments I read about Danny and myself, they were awful and it gave me very little faith in the rock community. No wonder “rock is dead”. On a serious note, if my skin was less thick, then it could have been a very different story and I don’t think people understand how damaging their words can be. All I want to do is make music and share my talent. We in the UK have a lot more to be worried about at the moment…”

You can read the rest of the interview with Nathan James at Stalker Magazine‘s website.