Although Lynch Mob featuring guitarist George Lynch and lead vocalist Oni Logan are slated to release their album Wicked Sensation Reimagined via Rat Pak Records on August 28, 2020, the singer will not be touring anytime soon with the band. 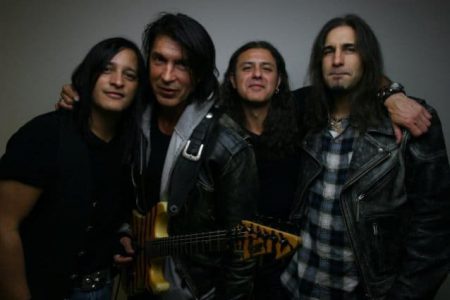 The following message was posted on Logan‘s Facebook page back on July 9, 2020:

“Hello All Rock ‘N’ Roll Friends and family out there.

A little update of the going on’s from my side.

Unfortunately due to the current unearthly events amongst us, I’ve decided stay behind regarding any future live dates that Lynch Mob has booked with Dokken or Otherwise.

I’ll be dedicating my time to a new original project that I’m most excited to be a part of ,)

Until the next, stay safe out there friends ✌️?✌️”

With respect to the upcoming album Wicked Sensation Reimagined, the following message was posted by George Lynch on Lynch Mob‘s Facebook page yesterday:

“One more track for you, here is “Hellchild”! PLEASE NOTE: The purpose of this ltd edition release is not to replace or take away from the original recording. It is simply meant to celebrate the 30th Anniversary of an album that we are all so proud of. We love the 1990 version just as much as we love this reimagined version and we had an absolute blast exploring these old songs again! A big Thank-you to all of you that understand this and have an open mind to it! Enjoy the track! Love & respect – GL“