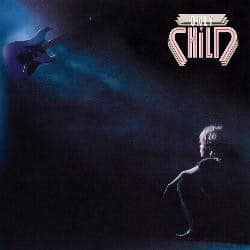 Only Child’s Debut Album Being Reissued With Bonus Tracks

Yesterrock Records are about to reissue Only Child’s 1988 self-titled debut on July 23rd. The reissue will include two bonus tracks and will be available for purchase at www.yesterrock.com.

The self-titled debut album by Paul Sabu’s ONLY CHILD originally was released on Capitol Records in 1988. Written in 9 months and recorded in only 3 weeks, ‘Only Child’ not only has received outstanding press feedback and charts success at the time when it came out but later also was credited by Kerrang! Magazine as one of the top 40 best AOR albums ever. Through the years, ‘Only Child’ went out of print and became a much sought after release which was extremely hard to find.

Munich based label Yesterrock now is re-releasing this gem including the bonus tracks ‘Young Guns’ and ‘Vice Versa’. The album was digitally re-mastered by Robert Papst.