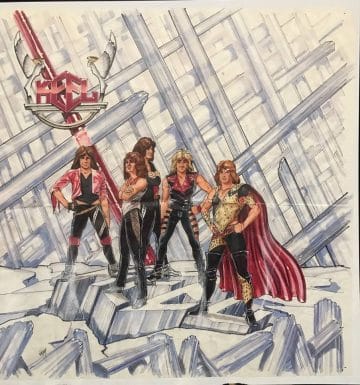 Keel frontman Ron Keel has just posted online for the first time the original artist’s concept for the cover of Keel‘s self-titled album that was released back in 1987.

“The original artist’s concept for the 1987 self-titled album KEEL on MCA Records…first time ever posted online. Just seeing this again after all these years makes me feel SUPER :-)”

Wikipedia describes the Keel album as follows (with slight edits):

“Keel is the fourth album by the American glam metal band Keel, released on June 21, 1987. This was the last album to feature guitarists Marc Ferrari and Bryan Jay, as they left the band a year later (although Jay can be heard on the live portion of the band’s next release, Larger Than Live.) They eventually re-joined Keel in 1998 to release Keel VI: Back in Action and again in 2009 for the band’s 25th anniversary. This was the 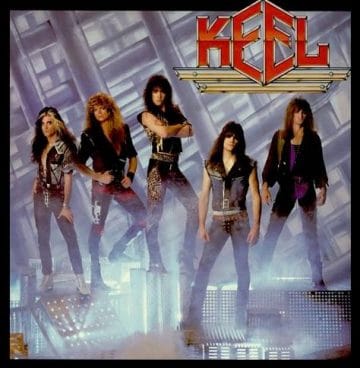 band’s first album since their 1984 debut Lay Down the Law to be produced by someone other than Gene Simmons. “Calm Before the Storm” was co-written by Jimmy Bain of Dio and Rainbow fame.”

“Somebody’s Waiting” comes from the 1987self titled KEEL album. It was the band’s 4th studio album.