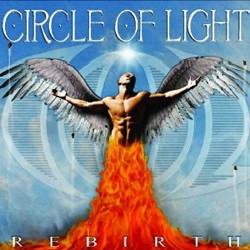 Many Lillian Axe fans have been waiting and dreaming for a lifetime and now the time has come to experience a rebirth. On August 28th, the dream will become a reality as the Circle Of Light CD ‘Rebirth’ hits the stores on CME Records.

Circle Of Light features the original members of Lillian Axe — Johnny Vines, Steve Blaze, Michael Maxx Darby and Danny King. As cliche as it may sound, it is now the time to experience the past in the present tense. Original classic songs that have never been officially released until now. Whomever said, “if you repeat the past you are doomed to fail in the present” was full of it. Remember those early songs? Well they sound just as good if not better today. Enjoy the music and pick up a copy today by visiting Amazon.com.

Steve Blaze states, “Johnny, Danny, Michael and I did this CD for the fans who have long been true fans from the beginning and I hope you really enjoy it as much as we had the fun recording and reliving some of the great memories we had.”

A CD Release Party will take place at the Howlin’ Wolf on August 11, 2012. Doors open at 8 pm, with the band beginning at 9 pm. More information can be found at www.circleoflightrocks.com.

‘Rebirth’ track listing:
Circle Of Light
Circus Comes To Town
Sail Into The Heavens
Modern Day Vampire
Rebirth
Rest In Peace
Silent Night Lonely Night
Every Dog Has Its Day
On A Clear Night
Try To Stop Me Now
King Of The Beasts