Original XYZ drummer Paul Monroe will be playing live with the band for the first time in about 20 years as he’s been asked to fill in for current XYZ drummer Joey Shapiro at the upcoming M3 Rock Festival in Columbia, Maryland, USA that will be 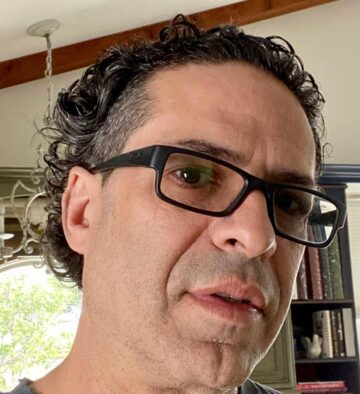 taking place this weekend. Monroe played drums on the three XYZ studio albums — XYZ (1989), Hungry (1991) and Letter To God (2003). Bassist Pat Fontaine will also not be in the XYZ line-up at the M3 Rock Festival although his replacement has yet to be announced.

The following message was posted in part by Ilous on XYZ‘s Facebook page earlier today:

“Due to unforeseen circumstances and health issues, my brothers Pat Fontaine and Joey Shapiro will not be able to perform at M3 2022. In order to reinforce the XYZ line up, from our first two albums, original drummer Paul Monroe will be stepping in! We are excited for M3, and are looking forward to upcoming shows with both Pat and Joey in the near future. – Terry Ilous ! See you guys Sunday May 8 at 2:40 PM”

In an interview with Sleaze Roxx back in mid-2021, Monroe was asked if he has ever wanted to get back in XYZ to which he replied:

“I thought about it a lot but because of my business, I got really tied down with that so it took up more time than was expected. The new members kept the torch going and I didn’t want to step on any toes and try to push myself back in as I felt that Joey [Shapiro] really earned his spot with them so he deserved to be there. However, things are changing a bit and it looks like I may be playing with them here in L.A. for the Kingdom Come / XYZ shows. We’ll see. I talk to Terry a lot and he’s been very enthusiastic about me playing with him again so we’ll see what happens. I would join the band again if I was asked.”