Swedish melodic glam metal rockers Osukaru consisting of guitarist and band founder Oz Hawe Petersson, frontman Fredrik Werner, bassist Olof Gadd and drummer CD have released a video for their new single “Tainted Heart” from their upcoming studio album Starbound, which will be available via AOR Heaven on October 22, 2021. You can pre-order the album via AOR Heaven‘s website. 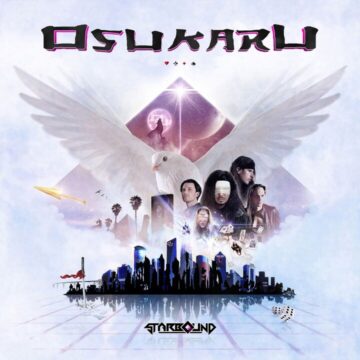 “Swedish melodic glam metal band Osukaru are ‘Starbound‘ with their 6th full length studio offering, standing high on the success of their last record “House of Mirrors” (2018). With one foot in melodic rock & roll, the other in classic heavy metal and all eyes aimed towards tomorrow, “Starbound” offers everything you want from a new Osukaru album, if not more.

Going back 11 years, Osukaru was just an idea in the mind of guitarist Oz Hawe Petersson (formerly known as Oz Osukaru) and it would take two more years and just as many EPs before they released their debut album “Salvation” in the spring of 2012. Back then, Osukaru was merely a band formed around Oz as he saw his vision come alive. A few years and line-up changes later, the 3rd full length release suitably titled “Transition” (2015) came out. That was, according to Oz himself, when Osukaru truly started to become a band.

With roots in classic stadium rock, the first few releases had a more clear and pure AOR flavour to them. With “Transition” however, you could hear hints of a heavier spark deep within the tracks. Going forward, Osukaru really started to gain a unique, harder yet melodic sound and with their last album “House of Mirrors“, they landed a rock & roll homerun on which they have built upon to create the brand new comet ride titled “Starbound“.