Melodic rockers Osukaru have recently released two videos for their songs “The Stories We Tell” and “Rock It Up.”

“The Stories We Tell” will appear on Osukaru‘s new studio album The Labyrinth, which is scheduled to be released on March 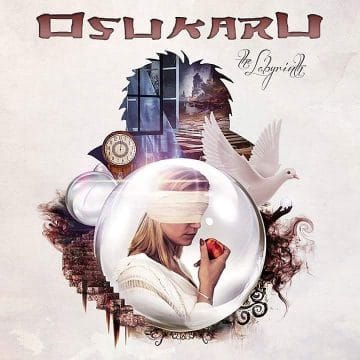 3, 2017. The new album can be pre-ordered via Osukaru‘s Bandcamp page.

Back in late June 2016, Sleaze Roxx interviewed Osukaru‘s founder and guitarist Oz Osukaru who spoke about the group’s upcoming studio album: “t’s heavier in the sense that we have less pop oriented songs on it. Melodic rock and AOR with a tougher edge is what we do best and it’s what our fans want to hear. So on the next album, we go all out. We are also making it a concept album — our very first — which is exciting. We actually started writing the songs last summer and we have been recording it in between shows…”

Osukaru‘s “The Stories We Tell” video:

Song taken from the album “The Labyrinth”, available March 2017 on City of Lights Records. Music video by Osukaru performing “The Stories We Tell”.© 2016 Bli…

Osukaru‘s “Rock It Up” video:

Osukaru – Rock It Up (Official Video)