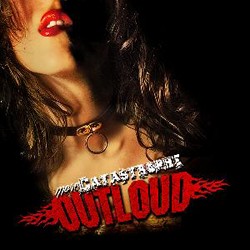 Outloud, the international rock band featuring Bob Katsionis (Firewind), Chandler Mogel (ex-Talon) and Mark Cross (ex-Firewind, Helloween), who stirred things up on the hard rock circuit with their powerful self-titled debut in 2009 and fiery follow-up ‘Love Catastrophe’ in 2011, announce the release of ‘More Catastrophe’. A six-song EP, ‘More Catastrophe’ contains three brand new songs plus the Christmas single “Last Days Of December”, a Flamenco version of the song “Falling Rain” and a piano/vocals version of the track “We Run”.

The EP will be available at Outloud’s upcoming shows in Greece, as well as in stores and digitally across Europe via AOR Heaven, come the end of March.

Says Chandler, “We wanted to give the fans a little something extra this time around. These songs pick up where the last album left off and at the same time serve as a road sign as to where we’re going. Hopefully this will hold everyone over until the third album is ready, which we’re currently starting work on.”

‘More Catastrophe’ also will also be available via the band’s official website www.outloud-rock.com.