Ozmium*76 release video for “Louder Than The Lie”

Allentown, Pennsylvania, USA rockers Ozmium*76 have released a video for their track “Louder Than The Lie.” 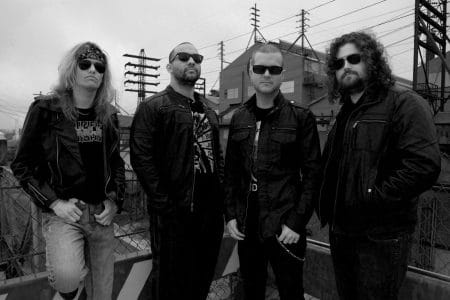 “Formed in 2003, Ozmium*76 is an all original hard rock band from Allentown Pennsylvania. Our brand of rock n’ roll is high energy, fun-time, feelgood, party (or whatever else…) music. If you dig lyrics with style and swagger, sleazy guitars, a rumbling bass (that has been known to make clothes fall off), and drums that make you want to dance on tables, then we are your ticket to a good time!

Since our inception, we’ve released 5 full length albums and shared the stage with our heroes such as Sebastian Bach, Quiet Riot, Warrant, Duff McKagan, and Faster Pussycat!

Ozmium*76‘s “Louder Than The Lie” video:

Official 2017 Music video for the title track off our latest album “Louder Than The Lie”.Music by Ozmium*76Lyrics by Ricky HouckVideo by Zakki Blakk of Neon …