Ozmium*76 release video for new track “One More Round” 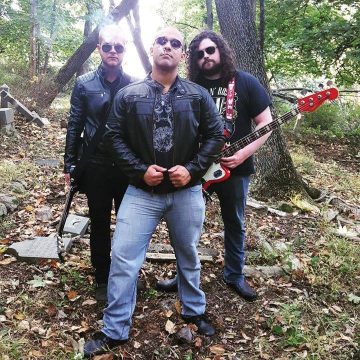 Allentown, Pennsylvania, USA rockers Ozmium*76 have released a video for their new song “One More Round” from their forthcoming album Louder Than The Lie, which is scheduled for release sometime in 2016.

Ozmium*76‘s Bio on their Facebook page states in part:

“Formed in 2003, Ozmium*76 is an all original hard rock band. We could tell you our history, but it would bore you to death. Our brand of rock n’ roll is high energy, fun-time, feelgood, party (or whatever else…) music. If you dig lyrics with style and swagger, sleazy guitars, a rumbling bass (that has been known to make clothes fall off), and drums that make you want to dance on tables, then we are your ticket to a good time!

Since our inception, we’ve released 4 full length albums and shared the stage with our heroes such as Sebastian Bach, Warrant, Duff McKagan, and Faster Pussycat! Ozmium*76 is currently recording our 5th album, titled “Louder Than The Lie“, and is due out in 2016. It’s a concept record unlike anything you’ve heard before…”

From the 2017 album “Louder Than the Lie”, we bring you the official video for One More Round by sleazy rockers Ozmium*76!Lyrics by: Ozmium*76 Music by: Rick…