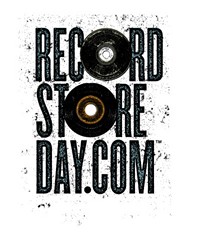 As one of the most iconic figures in pop culture, Rock & Roll Hall of Fame inductee and multi-Grammy winner Ozzy Osbourne has sold more than 100 million albums worldwide, approximately 50 million with his seminal metal band Black Sabbath and the rest as a solo artist, many of which were initially released on vinyl. On any given day you can hear Ozzy’s music blasting at sporting events, in the movies, on the radio, in TV commercials, video games or on your iPod.

The folks at Record Store Day couldn’t be more pleased than to have this true rock legend whose career has spanned four decades and whose music continues to be relevant today, as evidenced by 2010’s SCREAM (Ozzy’s 10th solo album, which entered the charts in the Top Ten in seven countries) and his in-progress 18-month world tour–as this year’s ambassador. “The Record Store Day Ambassador’s main purpose is to claim the mantle of greatness that conveys the majesty of the amazing array of releases made on the world’s only holiday devoted to music. We were thrilled when the inaugural position was held in 2009 by the Eagles of Death Metal front man Jesse “Boots Electric” Hughes, and was then followed in 2010 by QOTSA/Them Crooked Vultures’ Joshua Homme,” says Record Store Day co-founder Michael Kurtz. “We really didn’t know who could top this trajectory of camp and circumstance and, needless to say, we were gobsmacked when Ozzy stepped up to the plate.”

Ozzy fans who come out to support Record Store Day will have the first chance to purchase a special 7″ vinyl single of Diary of a Madman’s “Flying High Again” (with a live version of “I Don’t Know” as the B side), along with full-length vinyl versions of the newly expanded 30th anniversary editions of his Blizzard of Ozz and Diary of a Madman albums.

Long revered by rock fans around the world, Blizzard of Ozz and Diary of a Madman form the cornerstone of Ozzy Osbourne’s career as a solo artist and include the groundbreaking union of Ozzy and the late guitar prodigy Randy Rhoads. These two albums created a template for hard rock in the 1980’s and beyond. “Crazy Train,” the first single from Blizzard of Ozz, has become one of Ozzy’s musical signatures, a perennial on the rock playlists and as part of Ozzy’s live performances. 30 years later, we are celebrating these releases and this special partnership.

Record Store Day is managed by the Music Monitor Network and is organized in partnership with the Alliance of Independent Media Stores (AIMS), the Coalition of Independent Music Stores (CIMS) and celebrates the culture of independent record stores by playing host to in-store events/performances, signings and special product releases on a global scale. Record Store Day takes place annually on the third Saturday of April.