Guitarist Randy Rhoads will be getting inducted into the Rock and Roll Hall of Fame and receiving the Musical Excellence Award on Saturday, October 30, 2021 at 8 p.m. ET at the Rocket Mortgage Fieldhouse in Cleveland, Ohio, USA. 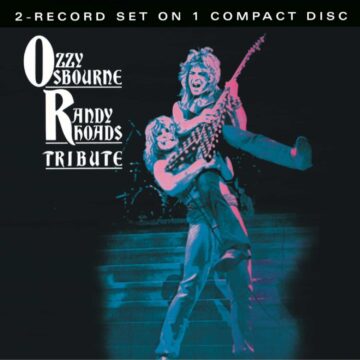 Rhoads died at the age of 25 on March 19, 1982 due to a plane crash in Florida, USA while on tour with Ozzy Osbourne. At that point, the guitarist had played on only four studio albums — Quiet Riot (1977) and Quiet Riot II (1978) with Quiet Riot and Blizzard of Ozz (1980) and Diary of A Madman (1981) with Ozzy Osbourne — along with one live EP Mr. Crowley Live EP (1980) but he made a lasting and strong impact with those releases and his guitar playing.

Osbourne was recently interviewed by RollingStone during which he commented on Rhoads making it into the Rock and Roll Hall of Fame.

The following message was posted on Osbourne‘s Facebook page with a link to the RollingStone article.

“What he gave me in that short amount of time was immeasurable in fucking greatness. To get somebody like Randy Rhoads to play on two albums, and for those two albums to sound as good as the day they were recorded, is something else. And I’m forever in gratitude for that. … Thank God that he’s getting recognized by the Rock & Roll Hall of Fame. … It shows that he’s not been forgotten. He was a dedicated, true musician, and he was a lovely guy. I still think about him all the time.” – Ozzy