P.J. Farley reveals Trixter band members not that motivated to get back together

Trixter bassist and solo artist P.J. Farley was recently interviewed by Chuck Shute for the Chuck Shute Podcast. Farley‘s second solo album Accent The Change is getting released via HighVolMusic on September 25, 2020. 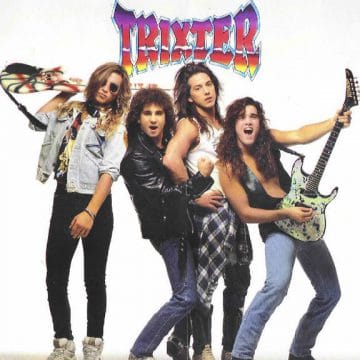 In recent years, there has been a much publicized rift within the Trixter camp between seemingly two factions — Farley and guitarist Steve Brown versus drummer Mark Gus Scott and lead vocalist Pete Loran. The latter two started their own Trixter Facebook page back in or about late 2017.

It appears that any issues between Farley / Brown and Loran may have dissipated as Farley advised Shute as follows about Loran being unable to commit to playing shows (as transcribed by the Chuck Shute Podcast): “I don’t know. You know, I asked him just that and then to the 30th anniversary, I asked him if he said, hey, what if we do just kind of like M3 and one or two other of the big festivals… just to go out two or three shows for the year to celebrate. And he basically just said, he goes, that would be about all I could do. And even if that I don’t even know when I could commit to doing it. The problem with that is you have to commit six months before.”

In terms of whether that was the main issue in Trixter getting back together, Farley indicated: “I mean, it kind of took the, wind out of the sail, kind of. We weren’t that motivated to do it any other way… So, I mean, we’ll see how much longer we go dormant. And then at some point, we’ll kind of reevaluate it. And who knows, maybe something on his end changes, that would be great. Or, you know, if we decide we want to do it in a different way. Yeah. There are many factors next year.”

You can listen to the entire interview with P.J. Farley on the Chuck Shute Podcast via Buzz Sprout‘s website.