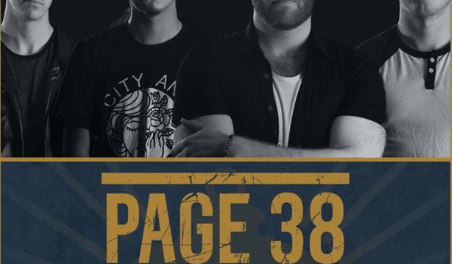 Canadian hard rockers Page 38 consisting of lead vocalist and bassist Andy Hubbard, guitarists Noah Anderson and Jacob Goodman, and drummer Taylor Nicholl are going on an “indefinite” hiatus only about two months after the release of their third album Burning The Midnight Oil (released on June 21, 2019) and nine days after completing their Burning The Midnight Oil Tour. 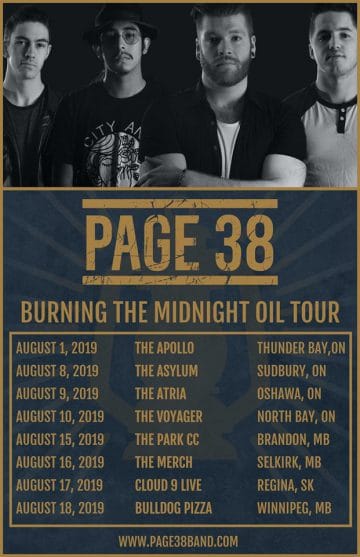 We’re going to be going on an indefinite hiatus for the next wee bit.

We’d like to thank everybody whos come to the show’s, every promoter, venue, sound guy, radio station, and everybody who’s helped keep this going the last 7 years.

Sleaze Roxx stated the following in its review of Page 38‘s Burning The Midnight Oil EP: “Burning The Midnight Oil starts off strong and never lets up. There’s nothing sophisticated or polished about the band’s sound. The guitar riffs are sometimes short and abrupt. The guitar solos aren’t fancy but played with a real fire. Hubbard‘s singing is rough around the edges but fits the songs really well. Although the verses during some of the songs sometimes seem to lack melody, usually by the time the chorus hits, there’s enough to hook you into the songs. It almost feels like the band is playing live in front of you as it seems that not much effort has been made to smooth things over in the studio. There’s no point in going track by track for this EP. This is the type of record that I love to hear from start to finish. Even the weaker points on the record such as the underwhelming “Woah Ohh Ohh” portions on the closing track “Get Even” ends up being enjoyable the more that I listen to the EP.”