Ashland, Kentucky, USA based rockers Paradox Flight consisting of Clint Adkins on lead vocals, Brad Green on guitar, Kyle Baldridge on bass and Will Smith on drums have unveiled their debut single titled “You Can’t Buy Love.” The group formed back in late 2021. 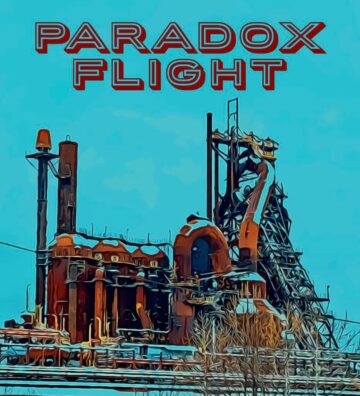 The group’s Facebook page indicates in a post on August 8, 2021 that Paradox Flight plays “Original music inspired by bands that played the Los Angeles sunset strip scene from the 1960’s to the 1990’s.”

Speaking exclusively to Sleaze Roxx, Adkins was asked to expand on those influences to which he replied: “I have always been the biggest fan of and listened to bands like Ratt, Mötley Crüe, Guns N’ Roses and Def Leppard. Our guitarist Brad Green‘s favorite band is Bad Company and he is influenced by Van Halen, Led Zeppelin and KISS. I believe this helps to round out our big guitar ’70s and ’80s sound. As far as ’90s bands, when our drummer Will Smith writes music, he is from the mindset that “less is more” and he gets a lot of his ideas from the Los Angeles band Junkyard that thrived in the early ’90s. I always have wanted to cover a Rolling Stones song. Will and I both feel like sometimes in a song “less is more.” I think that’s why we play well together.”

In terms of where the band name Paradox Flight originates from, Adkins indicated: “I have always thought the coolest album covers were Boston’s and Journey’s album covers because they usually had spaceships or space themed artist work on them. I thought Paradox Flight fit well with those ideas and once our full album is released, the cover art for it will be something similar to a Boston or Journey cover.”

In regards to Paradox Flight‘s future plans, Adkins advised: “We are releasing one single about every two months and our next single is set to release on March 18th and it also has these same type of influences and sound as our first song.”