Former Iron Maiden lead vocalist Paul Di’Anno will be releasing yet another live album featuring some Iron Maiden material. Hell Over Waltrop – Live In Germany will be released via Metalville Records on January 31, 2020. 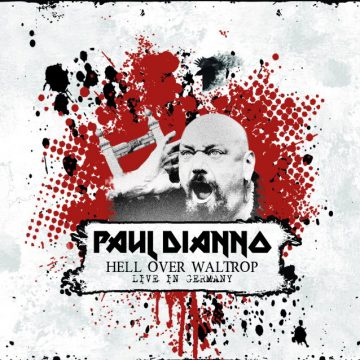 RPM Online‘s website indicates about the release (with slight edits):

“In the summer of 2006, Paul Di’Anno was asked if he would like to perform with his German band “Phantoms Of The Opera” at a city festival in the small Westphalian town of Waltrop with “Fury In The Slaughterhouse” and “Sydney Youngblood”. After initial skepticism about how to get the expected pop and disco fans, they decided to play the gig, and especially since it was the hometown of the two “Re-Vision” musicians, bassist Gonzo and drummer Dom, who formed the rhythm foundation of the “Phantoms”.  And that skepticism vanished and suddenly turned into pure magic at the moment the band entered the stage. The city festival crowd mutated into an enthusiastic metal crowd, celebrating Paul and his boys through their brilliant gig.

The show was also completely recorded by producer and FOH man Thomas Mergler. At home, however, he found that the recordings were unusable due to an error by the monitor crew. After more than 12 years, Thomas found the tapes again by chance and he managed to save the old recordings with the help of more modern technical possibilities. The result is 100% Kick Ass Rock without tricks and overdubs. The band presents itself in top form and serves the audience various classics from Maiden‘s early phase and from the solo career of Paul Di’Anno.”