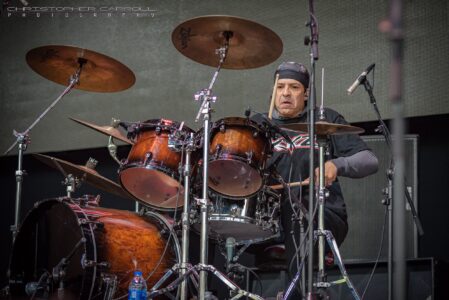 “OK XYZ fans…..Don’t laugh! This is XYZ‘s debut song on MTV. We submitted it for a contest but the song “Rock and Roll Girl” never made it to any of our albums. It is fun to watch though so hope you enjoy it and sorry for the quality. It’s from 1989 and the CD has been through a lot

“This was a video from my band XYZ back in 1989. This was the very first video that XYZ put out on MTV. It was a contest and we came in 2nd place. The first band cheated. LOL I hope you enjoy it. It s a great memory for me and a little bit of history. The song is called Rock and Roll Girl.”