Paul Stanley and Gene Simmons may have one of the most successful partnerships in rock and roll history but that has not stopped Stanley from openly and publicly criticizing his “brother” and long-time KISS bandmate Simmons whenever he feels the situation warrants it.

The following comments were posted on Stanley‘s Twitter account towards Simmons (along with a photo of Simmons and a link to a Newsweek article) earlier yesterday:

“Embarrassed by cold clueless statements re Prince‘s death. Without all the facts better to say nothing. My apologies”

Stanley‘s comments were in response to an interview that Simmons did with Newsweek that was posted yesterday morning. The Newsweek interview with Simmons stated:

Gene Simmons is happy to be alive. “Every day I wake up and I never take it for granted,” the legendary Kiss frontman says with conviction. At 66, the rock star is a similar age as recently deceased musicians David Bowie—who died at 69 in January—and Prince, just 57 at the time of his death in April. But if any man can defy the Grim Reaper, it’s Gene Simmons, armed with his unbridled, and infectious, joie de vivre. “I’ve always been delusionally upbeat and positive,” he adds.

“Bowie was the most tragic of all because it was real sickness,” Simmons tells Newsweek. “All the other ones were a choice.” Even Prince? “His drugs killed him. What do you think, he died from a cold?” (Prince’s body was found with prescription painkillers in his possession; however, his longtime lawyer denied he was “drugged up,” calling allegations of addiction “foolish.”)

Simmons is nothing if not frank. He continues: “I think Prince was heads, hands and feet above all the rest of them. I thought he left [Michael] Jackson in the dust. Prince was way beyond that. But how pathetic that he killed himself. Don’t kid yourself, that’s what he did. Slowly, I’ll grant you… but that’s what drugs and alcohol is: a slow death.”

Simmons went on to apologize for his comments about Prince with the following comments that were attached to his Twitter account later yesterday: 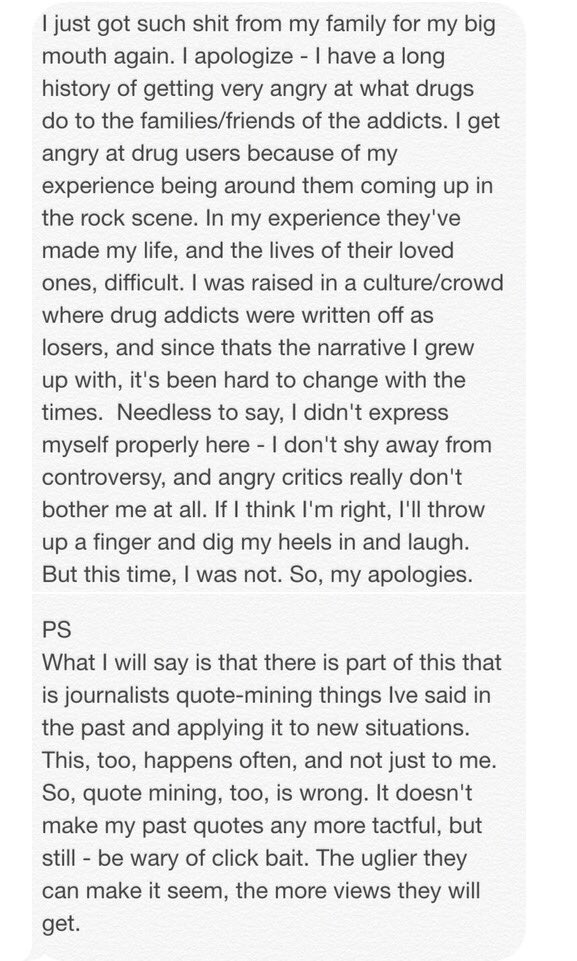