The 30th Annual edition of the Detroit Music Awards took place on Sunday, April 11, 2021 and who better to introduce the song “Detroit Rock City” than KISS frontman Paul Stanley who made a video appearance to introduce the event’s opening performance.

Stanley indicated in his video message (as transcribed by Sleaze Roxx): “Hey Detroit! Welcome to the 30th Annual Detroit Music Awards. I’ve only written one song about a city and that’s “Detroit Rock City.” I remember hearing about Detroit from Mitch Ryder & The Detroit Wheels. Blue collar rock n’ roll — it’s always been in your blood. Bob Seger, the great live MC5 combining that British rock n’ roll with that evangelical R&B edge and politics. Motown! Who can fault a city that turned out The Temptations, The Four Tops, Supremes, Smokey [Robinson] and The Miracles… The list goes on and on. So I have to say that the city has always been amazing for me. Love going to Greek Town. Love getting all the food down there and meeting you people because you are the salt of the earth. Before we could headline anywhere else in America, we were headlining right here in Detroit. That says a lot. The city means the world to me. I’d like to think that I am an honorary citizen. You gave me the key to the city. Hopefully, you have not changed the lock. And with that I will say, Detroit, on with the show!” 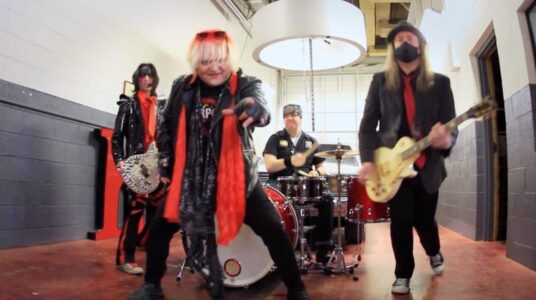