After KISS bassist, co-founder and singer Gene Simmons played the song “It’s My Life” for his first time live with his Gene Simmons Band yesterday in Lynn, Massachusetts, USA, which caused quite the internet buzz today, Simmons‘ long-time KISS bandmate Paul Stanley apparently decided to set the record straight on his involvement with the song. 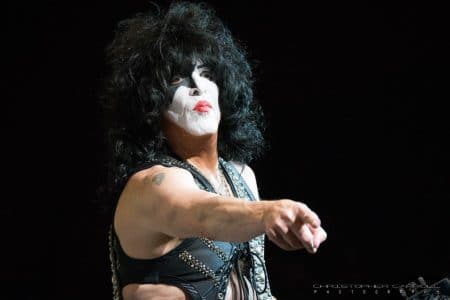 The track “It’s My Life” first appeared on Wendy O. Williams‘ debut solo WOW album, which was released in 1984.

“For anyone it matters to… The song “It’s My Life” had nothing to do with any other song of mine. I wrote the title, chorus, chords, melody & lyric to “It’s My Life” and didn’t want to use at the time. Gene wanted to use it so he wrote the rest. THAT’S the story!”

Awesome Gene song from 1982, performed for the first time ever!!