A month and a half after the shock announcement that one half of Pavement Princess is gone with lead vocalist and drummer René de Bie having passed away, the other half of the band — Erwin Arbon — is forging ahead with the band’s second and final album. 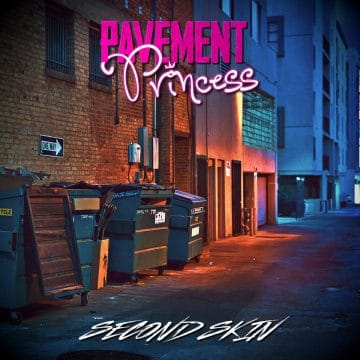 The second and final album of Pavement Princess will be called ‘Second Skin‘.

I hope to give you a release date soon.

I’m still in the process of mixing and mastering the music.

Hopefully this will be finished in a few weeks.

Sleaze Roxx stated the following in its review of Pavement Princess‘ debut album First Night Out: “The album was an all-inclusive effort for Erwin and Rene as they wrote, played and produced the lot so it is certainly an all-in effort on their part. Kudos to them both for taking and making the effort to put forth an album of very well performed melodic hard rock that should not disappoint even the most hardened haters of all new releases.”

Pavement Princess‘ “If That’s The Way You Want It” video (from First Night Out):

Pavement Princess – If That’s The Way You Want It

From the album ‘First Night Out’ (2018)For more information: https://www.facebook.com/PavementPrincessRock